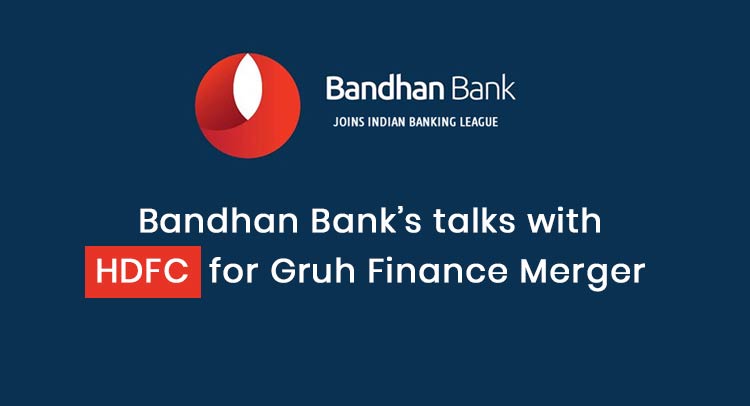 Bandhan Bank’s talks regarding the deal either to buy into or merge with Gruh Finance have reached almost the final stage, based on the information provided by a source close to the development. They also said that there is no clarity on the stakeholders’ approvals and whether the deal will get regulatory and also no clarity the timeframe. It could be announced soon whether it was to secure regulatory approvals. Although the fate of the transaction would be decided by the regulatory response to this proposal, the talks have reached an advanced stage.

Bandhan Bank which has started its operations in 2015 now started exploring the M&A route to meet the regulatory guidelines on trimming promoter shareholding. From the existing 82.28%, the proposed transaction would help Bandhan to reduce its promoter holding in the lender. However, the promoters need to bring down their share to 40%. India’s mortgage-lending pioneer, HDFC, owns 21% in HDFC Bank NSE 0.53% and 2% of RBL Bank. The managers may demand a plan of action to understand what HDFC proposes to do with its high stake in Bandhan Bank. At the current market cap, if the merging happens HDFC would own around 15% in Bandhan Bank.

Another source that is aware of the development said that the deal will require indemnity from the Reserve Bank of India for HDFC to own above 5% stake in Bandhan Bank and the Governor will fix to a plan of action defining the timeline required for a reduction of its stake in the merged entity.  The central bank had imposed rules on Bandhan Bank to seek the regulator’s approval for opening its new branches. It had imposed rules for the failure of Bandhan Bank to adhere to the deadline to lower the promoter holding. Also, the rules included a freeze on the chief executive’s remuneration. There is no reply to the text messages from the executives at both the HDFC and Bandhan Bank in the late Sunday evening. As per Friday’s closing Gruh Finance has a market capitalization of Rs 23,337 crore whereas Bandhan Bank is valued at Rs 63,000 crore. The holdings of HDFC in Gruh currently stand at 57.9%. Gruh is a housing finance company with a retail network of 194 offices over 11 states. India’s mortgage-lending pioneer, HDFC, in the past said that Gruh Finance explores various business opportunities as a business strategy for the sale of its loan assets and other feasible modes of both organic and inorganic growth. As of March 31, 2018, there is an increase of 18% in the loans when compared to the previous year. In the total outstanding loans, 0.45% is gross nonperforming loans. Gruh reported a profit after tax of Rs 363 crore.